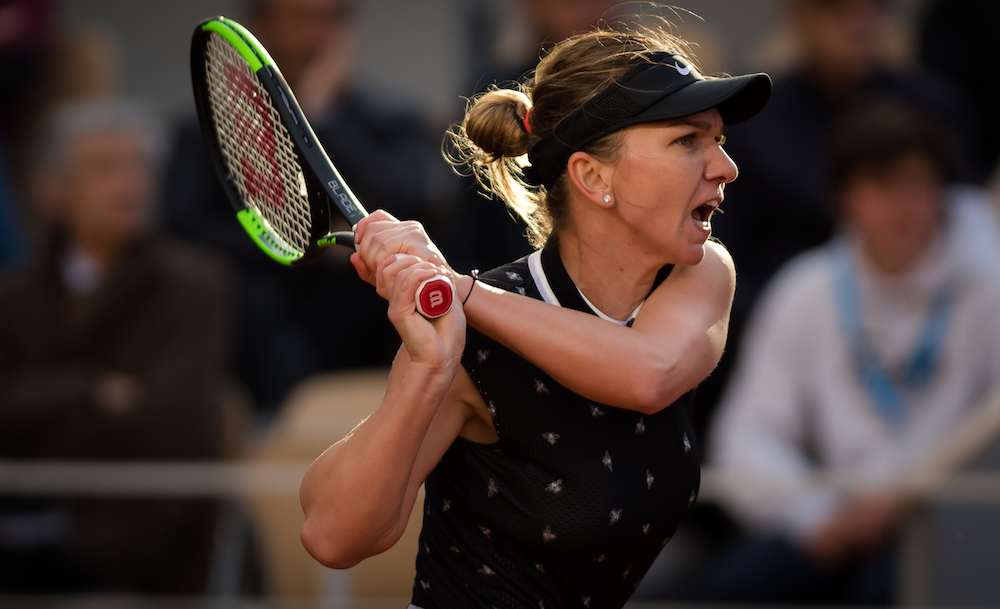 Simona Halep in the first round of Roland Garros 2019, France | Jimmie48 Tennis Photography

By Ros Satar, at Roland Garros

PARIS, FRANCE – We are sticking firmly with the third round action on Court Philippe Chatrier for Day Seven’s Three to See.

So far Simona Halep’s title defence has been perhaps a little more challenging than a defending champion would like. Two three-setters, both times dropping the middle set before re-establishing herself in the decider, the nerves maybe have been a little more evident than she would like.

As we close out the first week, Halep has had nothing but one-way traffic against Ukraine’s Lesia Tsurenko, who has taken her the distance just the once at Wimbledon, and given the butterflies apparently chasing Halep since the start of the tournament, Tsurenko has a chance to at least nab a set.

Halep is likely to be more consistent that Tsurenko’s sometime flighty temperament, and above all this will be another display of Halep’s grit and determination under all this talk about everything from here on in being a bonus.

Whichever way this match turns out it is a great story. On the one hand we have the ultimate showman in Gael Monfils. Unbearably talented, is he a more settled man since embarking on his relationship with Elina Svitolina? It could well be working, he seems to be training harder, you will never stop him leaping around like a demented salmon going up stream but could well set his sights of equalling his best result here, the semi-finals of 2008.

On the other hand, we have the 23-year-old Antoine Hoang who, coming into his home Grand Slam, had one tour level win. He scooped his first ATP Challenger title last year and got a maiden tour-level win again on home soil in Montpellier, coming through qualifying.

His secret has been to work with a mental coach with the idea of him staying focused on his goals, and more importantly accepting he might be perfect all the time.

He will need that as Monfils can push you to the limit – great angles, precision shots mixed with the kind of showboating, crowd-pleasing shots that will make the French crowd love every minute of this match.

This match pits promising pits a feisty American Sofia Kenin against Serena Williams. So far the 20-year-old has already surpassed her previous best of last year, where she went out in the first round, and with her best performance this year coming in Rome, she has at least a little clay on her shoes.

Williams is the queen of playing herself into form, and after having to come from a set down in her first match, she was In far more impressive form in the second round. She has added a lot to her game, but she will give Williams a headache with her fist-pumping, roaring antics.

Expect Williams to do a roar of her own, maybe change her hair and top and race through this.

How to Watch/Follow Roland Garros

-Travel to your favourite tournaments and sporting events with Expedia-

Don’t just read about it, travel to some of the best tournaments and sporting events in the world. Book your flights, hotels and car hire from Expedia