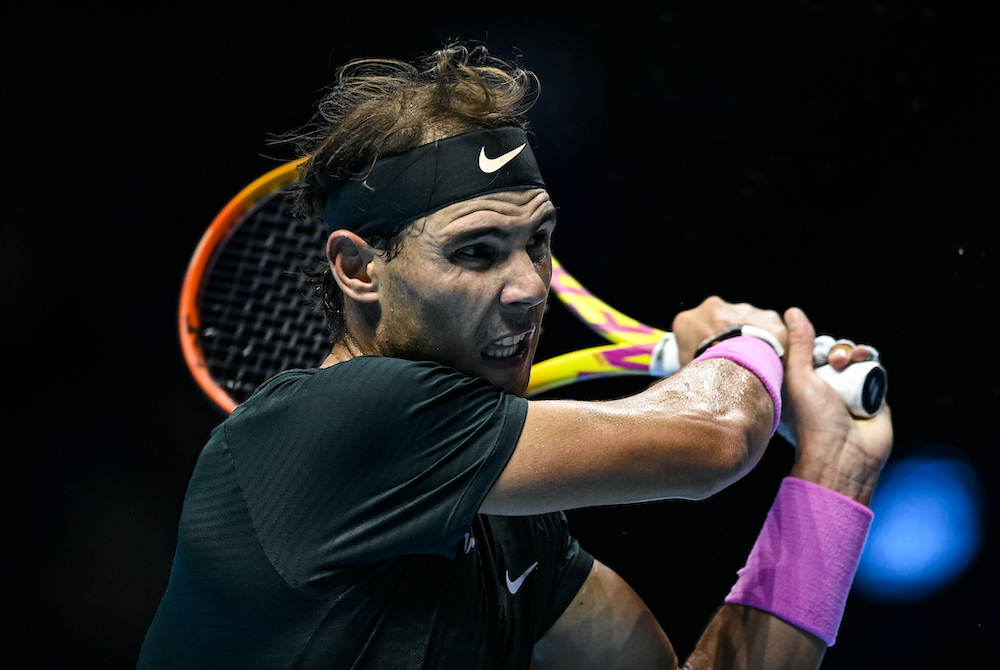 LONDON, UK – Everything rides on the match between Rafael Nadal and Stefanos Tsitsipas go head to head for a semi-final spot.

It will be winner takes all in for either Rafael Nadal or Stefanos Tsitsipas as they close out the round robin for Group London 2020.

Nadal played well against Dominic Thiem in the second round match, after he had previously dished out a bit of a lesson to debutant Andrey Rublev in the opening round, and he could potentially face another stern test against a battling Tsitsipas who started well against the Russian, and then had to come back after dropping the second set to edge the win and keep his title defence alive.

There is a lot at stake – Nadal is still searching for an elusive season-ending finale title, while Tsitsipas will want to keep in the running to defend his title. Nadal has been serving well, and together with his aggressive style of play we can expect some full-force play as Tsitsipas can certainly go toe-to-toe with Nadal in terms of aggression but can be prone to errors.

Tsitsipas will look to bring Nadal off the baseline and into the net a little more, but the Spaniard has the ability to hit well on the run. Tsitsipas has only had the measure of Nadal once (Rome 2019) and certainly as he has gained more experience on the tour, his ability to stay the course with Nadal has improved.

What will make the difference is mentality – Tsitsipas still has a tendency to go for a mind-wander, and you would have to give the edge in terms of experience to Nadal.

The pressure is essentially off Thiem, as he has qualified top of the group regardless of the result, so given the closeness of their head to head, it all comes down to whether Thiem wants to conserve his energy depending on how the positions fall for the Tokyo 1970 Group.

Rublev at least picked up a set and only just faltered in the deciding set in a tight and tense tie-break and will want to try and come out of here with a win to his name. He has a flashy game and can be a danger, especially with his running forehand, and by now he cannot argue that the nerves are affecting him.

However, his hyper-aggressive style against the more controlled aggression from Thiem, not to mention experience should see Thiem go three from three.

Play continues on Day Five of the Nitto ATP Finals at 12pm (GMT).

How to Watch/Follow the Nitto ATP Tour Finals