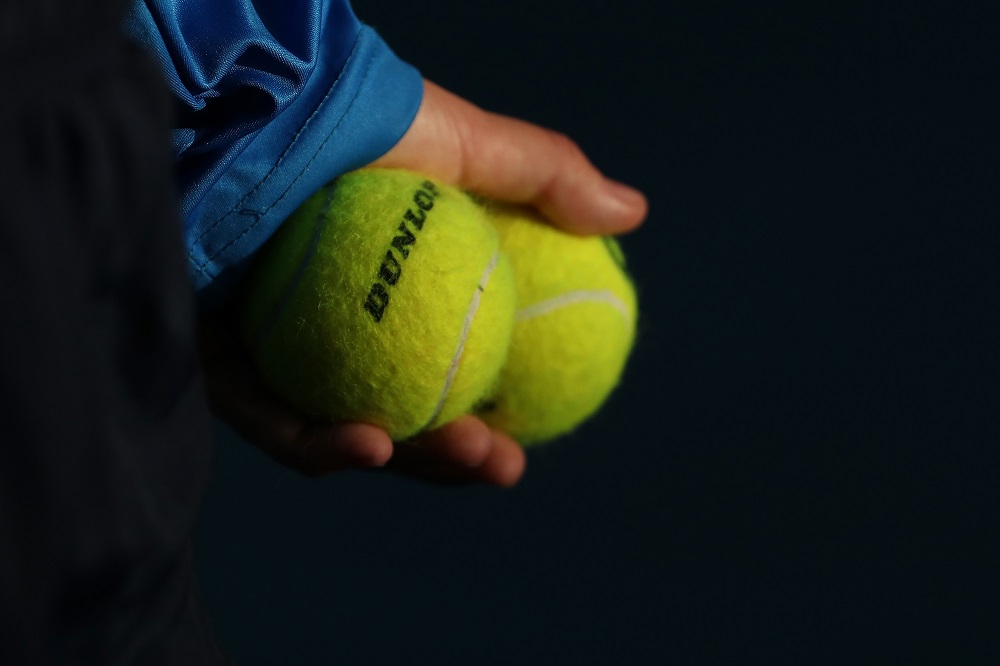 ADELAIDE, AUSTRALIA - JANUARY 18: A ball kid holds tennis balls during the men's singles grand final between Lloyd Harris of South Africa and Andrey Rublev of Russia on day seven of the 2020 Adelaide International at Memorial Drive on January 18, 2020 in Adelaide, Australia. (Photo by Paul Kane/Getty Images)

HERAKLION, CRETE, GREECE – Julian Cash teamed up with Reese Stadler and entered the event. The Brit/American didn’t drop a set until the final.

Julian Cash teamed up with Reese Stadler and entered the doubles event in Heraklion. The Brit/American pair were unseeded. Their first round opponents were Cypriot pair Petros Chrysochos & Sergis Kyratzis. Cash & Stadler moved into the quarter-final without hitting a ball as the Cypriot pair retired 0-0 (RET).

In the final the Brit/American were against the all British pairing of Billy Harris & George Houghton. The first set was a very close affair, with neither side giving an inch. Harris & Houghton forced a tiebreak which they edged to take the lead. A very one sided set followed, with Cash & Stadler breaking at will and dominating to level up the match. The ensuing match tiebreak was tight, ultimately though it was the Brit/American pair that secured the win 6-7(6), 6-0, 10-8.

Daniel Harris & Sean Harris were defeated by Billy Harris & George Houghton in the first round in Heraklion 6-0, 3-0 (RET).

Patrick Foley & Daniel Little were defeated by Federico Arnaboldi & Gianmarco Ferrari in the first round in Heraklion 7-6(5), 6-2.

Luke Johnson & Mark Whitehouse were defeated by Menelaos Efstathiou & Eleftherios Neos in the first round in Heraklion 2-6, 6-3, 10-4.

Tanysha Dissanayake & Eliz Maloney were defeated by Tamara Malesevic & Martha Matoula in the first  round in Heraklion 6-3, 6-3.

Anna Popescu with Julia Kimmelmann were defeated by Darya Astakhova & Elena-Teodora Cadar in the semi-final in Heraklion 6-2, 6-4.

Stuart Parker with Constant De La Bassetiere were defeated by Andrea Basso & Daniele Capecchi in the semi-final in Antalya 6-4, 6-4.

Sarah Beth Grey & Emily Webley-Smith were defeated by Destanee Alava & Sada Nahimana in the first round in Otocec 6-4, 6-3.

Matilda Mutavdzic with Ziva Falkner were defeated by Federica Di Sarra & Camilla Rosatello in the quarter-final in Otocec 3-6, 7-6(4), 10-8.

Freya Christie with Lauren Proctor were defeated by Dalayna Hewitt & Chiara Scholl in the semi-final in Monastir 6-4, 7-5.