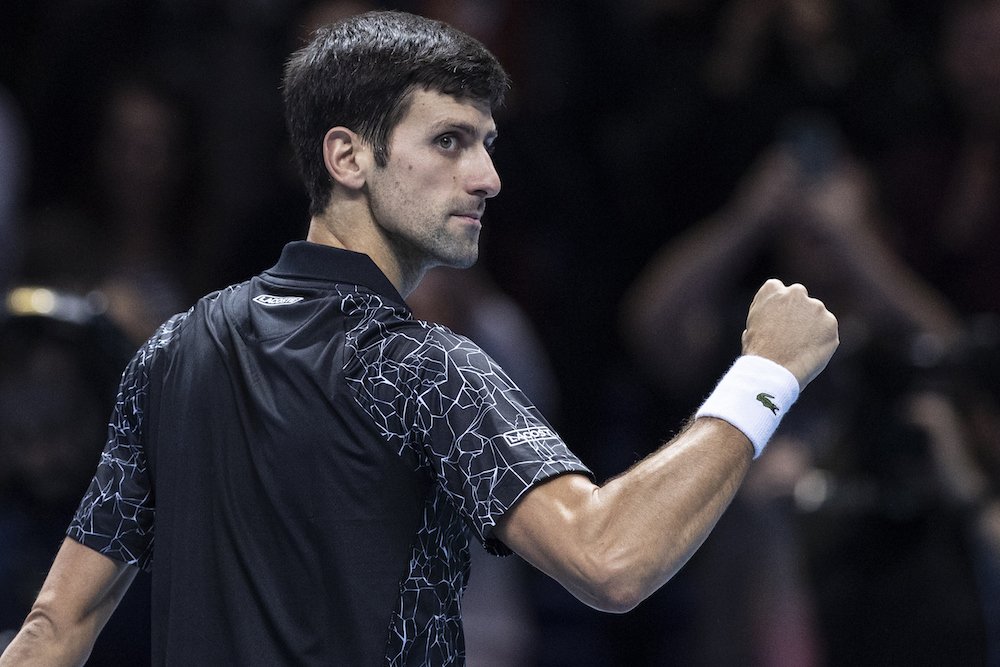 LONDON, ENGLAND - NOVEMBER 17: Novak Djokovic of Serbia celebrates after winning match point in his semi finals singles match against Kevin Anderson of South Africa during Day Seven of the Nitto ATP Finals at The O2 Arena on November 17, 2018 in London, England. (Photo by Fred Lee/Getty Images)

World No. 1 Novak Djokovic to lead the pack of ATP stars in the now traditional season warm-up event in Abu Dhabi. Djokovic completed an outstanding come-back last season, finishing the year as the season-ending World No. 1.

Djokovic will be appearing for the fifth time and said in a statement on the Mubadala WTC website: ““It has always been an honour to play in Abu Dhabi and I can’t wait to see my fans once again this year. The Championship offers the perfect opportunity to fine-tune my preparations ahead of the Australian Open and I am really looking forward to competing there again.”

Defending champion Kevin Anderson is also back, The Wimbledon finalist impressed on his debut at the ATP Finals at the end of the 2018 season, and is set to return to defend his title. It will be his third appearance.

He said: “What a tournament last year turned out to be! The Mubadala World Tennis Championship is the perfect start to the tennis season and I cannot wait to return to the court and defend my title.”

It’s not only about the old-timers as Dominic Thiem makes his return after his debut last year. He went on to make his first Slam final at Roland Garros last year.

He told the tournament website: I can’t wait to return to Abu Dhabi this year. I especially enjoyed being involved with the kid’s clinics last year which was such a great feeling. I’m really looking forward to sharing my experiences with them again and playing in the Championship will help me get back into rhythm for the 2019 season.”

Two of the (former) Next-Gen stars of the ATP will be making their debut this year. Hyeon Chung, who won the inaugural ATP Next Gen title and went on to reach the Australian Open semi-final will be starting his season here.

Chung said: “I am absolutely thrilled to be coming to Abu Dhabi and to play against some of the biggest players in the world. This will be a real test of my game and will help me immensely for the 2019 season. I look forward to an exciting tournament and meeting the wonderful people of the UAE.”

He will be joined by Paris Masters champion Karen Khachanov, who said about his maiden appearance:

“Playing at the Mubadala World Tennis Championship is a dream come true. I am really proud to be selected amongst such a world-class line-up and am looking forward to playing against some of the best players on the circuit.”

Of course to round things off, the final player to be announced for the championships was Rafael Nadal, set to appear at the Mubadala World Tennis Championships for a 10th time. Nadal, who cut short his season due to injuries and ankle surgery, will be looking to win a fifth title.

He said: “Abu Dhabi is one of my favourite places to play, the climate, atmosphere and enthusiasm from the crowds at the Mubadala World Tennis Championship provides the perfect start to the new season. The tournament brings together players at the top of their game; we all relish playing in these extremely competitive matches.”

Last year Serena Williams made her competitive return to action in a special match up at what has traditionally been an ATP only event. This year she will play her sister Venus Williams, who was confirmed earlier to make her debut.

Venus said: “This will be my first time playing at the Mubadala World Tennis Championship and I am really looking forward to it. I’ve heard such great things about the Championship and the city from my sister, Serena. I can’t wait to meet my fans and play in front of what I hear is a very passionate crowd!”

With Serena making her return, before representing the USA at the Hopman Cup, she will be on court for the first time since the US Open final, where she lost to Naomi Osaka.

Serena said, of her return: I loved playing in Abu Dhabi last year. I am excited to return to such a beautiful city and to see my fans. This time, I’ll be playing against my sister, so the match will be even more special.”

World Nos. 1 and 2, Djokovic and Nadal receive byes in the first round, and the action will start with defending champion Anderson taking on Chung, and the day’s second match will be between Thiem and Khachanov, with the Ladies Singles Match between the Williams sisters closing out the first day’s play.

Nadal will face the winner of Anderson and Chung, while Djokovic will start his campaign either against Thiem or Khachanov, to determine the WTC semi-finalists.