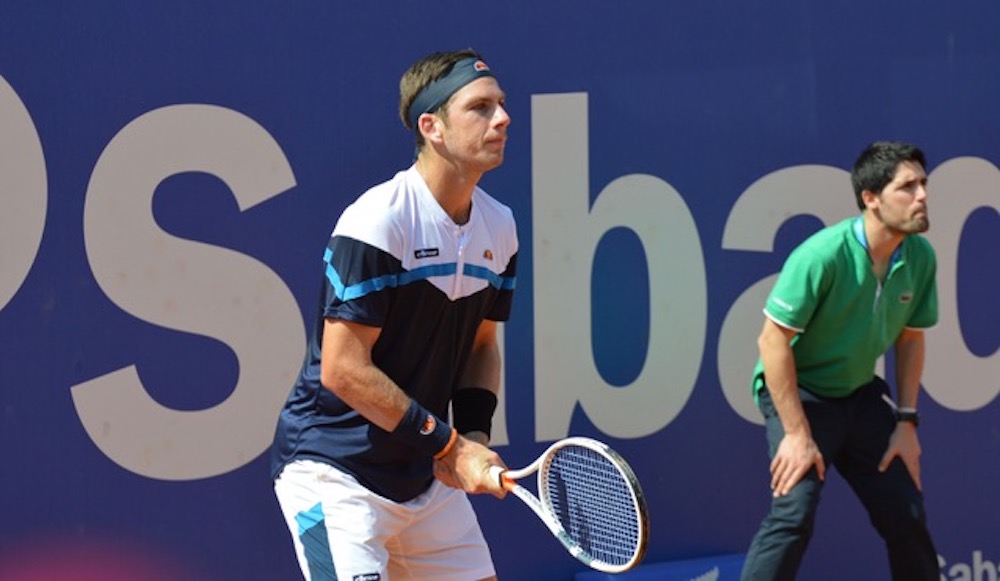 Cameron Norrie in the first round of ATP Barcelona, Spain 2019 | Jennifer Knapp

ROME, ITALY – Cameron Norrie was the last British male standing in the singles as Dan Evans and Kyle Edmund both exited in the first round.

British No. 2 Cameron Norrie emerged as the only British male in the singles left standing, as he came from a set down to defeat Aussie journeyman John Millman. Both players take huge sweeps of the ball, and Norrie went toe-to-toe with the grinding Millman as he looked to put the Brit through gruelling rallies.

After a brace of breaks to open the first set, Millman only needed another break in the middle of the set to hold on to the advantage to take the first set. The second set was a little more nervy from both with the pair trading breaks early in the set, before Norrie got his breakthrough to take the lead, levelling up the match.

A competitive third set saw just one break point in it, down to a love-hold from Norrie in a rare wobble to Millman’s almost always steady game. Again, it was enough of an advantage to see Norrie into the second round.

Discounting a loss to Borna Coric in the Futures tournaments in 2013, it is actually Norrie that has the advantage coming into this match-up with a win in Shenzhen last year, but clay is a different kettle of fish.

While Norrie had a spurt of form in Monte Carlo reaching the third round, he looked to be struggling with an injury at times this part of the season. However, coming into Rime, Coric also seem to flourish in Monte Carlo before struggling a little until his first-round win.

Both players do a little bit of everything, without one particular weapon, and what did impress today was how Norrie did keep up with Millman in the grinding back and forth of rallies. Coric can do all of that, quite a bit better than the Aussie, so Norrie can expect to be kept quite busy putting in the miles on the court.

This could well be a lot more entertaining than his opening round, but in the end Coric perhaps has a little more capability and variety and has the edge.

Fellow qualifier Dan Evans may not count clay amongst one of his favourite surfaces, but you would never have through that as Evans initially had the measure of Casper Ruud after a long and pivotal game where he finally converted his sixth break point, as he built on that for a 4-2 lead, but Ruud, who did at times look a little hot and bothered clawed his way back, winning four games in a row to take the first set.

Momentum deserted him though as Evans ripped through the second set without dropping a game. There was a brief glimmer of hope as the Brit broke for the lead, before being broken twice as Ruud closed out the match.

It was less good a performance from Kyle Edmund as the Brit slumped to five-match losing streak despite being a set and 4-1 up over Fernando Verdasco. The Spaniard woke from his slumber to reel off five games in a row to level the match, and another five before Edmund stopped the rot as Verdasco was serving for a bagel. Edmund managed another game but to no avail.

Norrie and Coric are scheduled on Court Pietrangeli not before 7pm (6pm BST).

How to Watch/Follow ATP Rome