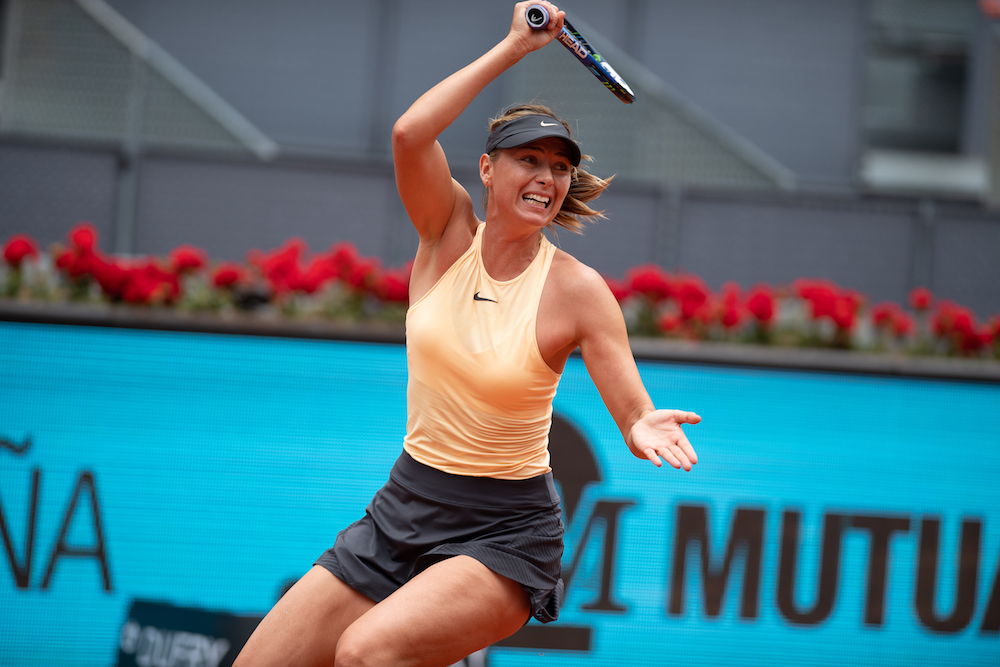 Maria Sharapova in the second round of the WTA Mutua Madrid Open, 2018 | (c) Jimmie48 Tennis Photography

Sharapova: Snaps losing streak in Madrid and talks about ‘why I’m still here’

By Ros Satar, in Madrid

MADRID, SPAIN – Madrid saw the end of a rocky streak for former champion Maria Sharapova as we delve into her thoughts from the last two rounds.

A little over a year ago, the peaceful little enclave of the WTA Stuttgart tournament gave way to a media circus. Sharapova had a wildcard to return, practising off-site until the day her ban ended, and it looked like a charmed return.

The draw gods were kind and she rode it out to the semi-finals until the lack of match-play finally brought her run to an end. She was back though, and the media circus rode into every town from that point – wildcards, would she get wildcards to the Slams, how far would she go when she came full circle and appeared at the Australian Open?

The truth is – not matter how much you train, you cannot replicate match play, and injuries swiftly followed – a retirement in Rome, a walkover in Stanford. Let’s be fair good times did follow with a title in Tianjin, but Sharapova went winless, then coach-less until last Sunday.

As she explained after her first win, when considering if the progress since her comeback has been up and down: “If you’re asking me if I want to be losing early in a tournament and then withdrawing from a tournament while being injured and not competing for three or four weeks, then no, that’s definitely not what I expect, and that’s definitely not what I want to be doing.

“Do I want to be ranked 60, 70 in the world? No, I don’t. Do I want to be losing first round? Absolutely not. That’s why I’m still here, is because I’m not satisfied with those things and because I keep looking and getting better and working on things, making adjustments, not being stubborn on things that I believe will make me better.

“I don’t want to wait 10 days to play another match. I’m a competitor. I want to go out and I want to improve and get better.”

Since joining forces once more with former coach Thomas Hogstedt in Stuttgart but suffered a first round loss to an inspired Caroline Garcia, but now it actually feels like things are coming back together.

“It just took time for me re-evaluate where I was, where my body was. I also made changes within my team, especially in that period of time, which was not easy.

“As I said before: There’s never a bad time to make a good change. You do hope that those changes lead to better things and good things. It’s not because the past necessarily wasn’t working, but because you believe that there could be better things to come.”

Sharapova will next face Kristina Mladenovic, who halted her run in Stuttgart a little over a year ago, and she expects an equally hard battle once more.

“I think there’s a lot of variety off her backhand. She doesn’t like to hit through the backhand as much as she does on the forehand. You see a lot more of her, especially on the defence, slicing and drop-shotting. That’s not a secret because we’ve played against each other a few times, even though it’s been about a year.

The Mutua Madrid Open continues on Tuesday with play starting at 12pm (11am BST).