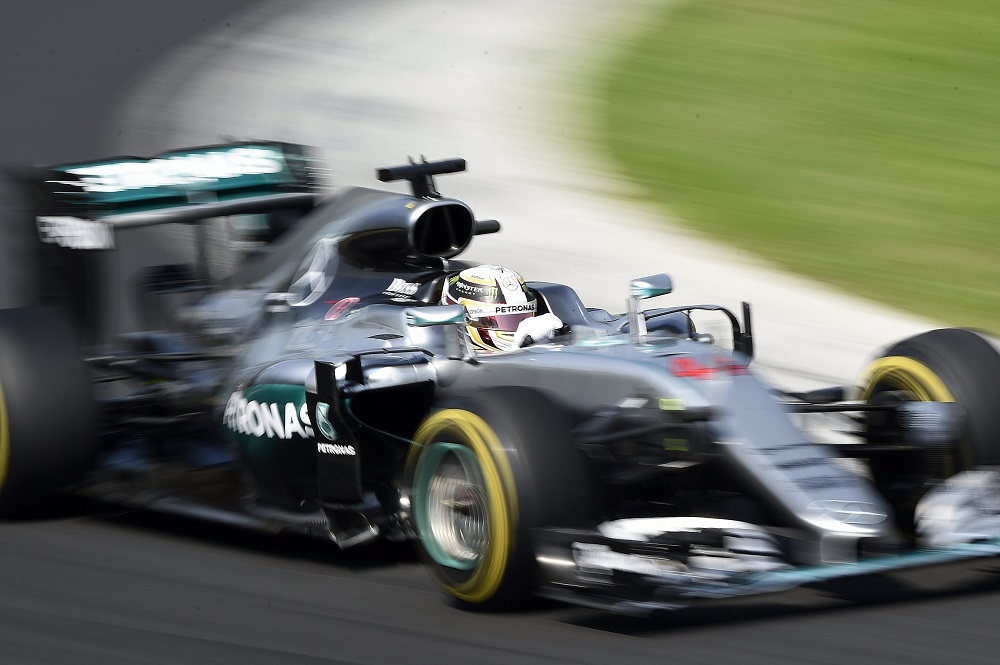 • The gap between Hamilton and Vettel is currently just one point difference in the championship standing.
• The last race commences before the half-way break

A winner a total of five times in Hungary, this is not a place short on success for Lewis Hamilton. Last year he won the race after a close battle with Nico Rosberg. He crossed the finish line 1.977 seconds ahead of his rival. Similarly he won his first race in Hungary which came in 2007 where he started from pole position. Hamilton led the entire race ahead of his closest rival Kimi Raikkonen, to cross the finish line in first place and subsequently score a Grand Slam which is achieved when a driver has led every lap, recorded the fastest lap and secured pole position.

His second victory came in 2009 whilst racing for McLaren. Hamilton started the race well keeping in close contention with the race leader Fernando Alonso. However, shortly after Hamilton ran wide on corner one, which meant that the gap was wide open to allow Mark Webber through. By lap five. Hamilton was exerting pressure on Webber and eventually overtook him and started to chase down Alonso. With Alonso pitting soon after Hamilton was able to extend his lead to six seconds by lap 16. After making his pit stop he was left unchallenged for the rest of the race to cross the finish line first.

The Brit will be hoping to add to his impressive tally come Sunday.

How Does Sebastian Vettel Compare?

The track in Hungary has not provided Sebastian Vettel with as much success compared to Hamilton, with the German only standing on the top step of the podium once.

That victory came in 2015 whilst he was racing for his current team – Ferrari. Vettel and Raikkonen got off to a good start taking the lead from Hamilton and  Rosberg. By lap 18 Vettel still had a good lead and was out in front by 2.7 seconds, while recording the fastest lap. By lap 33 Vettel had a commanding lead over his team-mate Raikkonen and led by seven seconds. As the race wore on, the German was still leading but was being chased down by Rosberg. It did not matter though as Vettel held firm to cross the finish line in first place.

Last year Vettel finished in fourth place after a difficult race. Here he will be hoping to add to his total of wins, but will likely have to fend off his rival – Hamilton.

Speed is probably not something to be seen as often at the Hungaroring as there are a number of slow corners. These are highlighted at Turn One, Turn Two, Turn Five, Turn 13 and 14. The track is nicknamed Monaco without the walls because of the cramped style. This will mean that emphasis is placed on slowing down and turning effectively with enough mechanical grip.

The slow corners are coupled with poor grip levels largely down to the fact the track is rarely used and so the surface is very dirty. The asphalt remains slippery even though the rest of the track cleans up as practice and qualifying begin.

Overtaking at a Premium

With only one DRS zone available on this track overtaking is at a premium. However, the DRS zone is well placed, as is situated coming out of Turn 14 and is included in a very long straight, so drivers can drive at pace and pick of some straight line speed.

Overtaking may also prove difficult because there are not very many straights and instead there are lots of corners which mean that maneuvering the car is tricky.