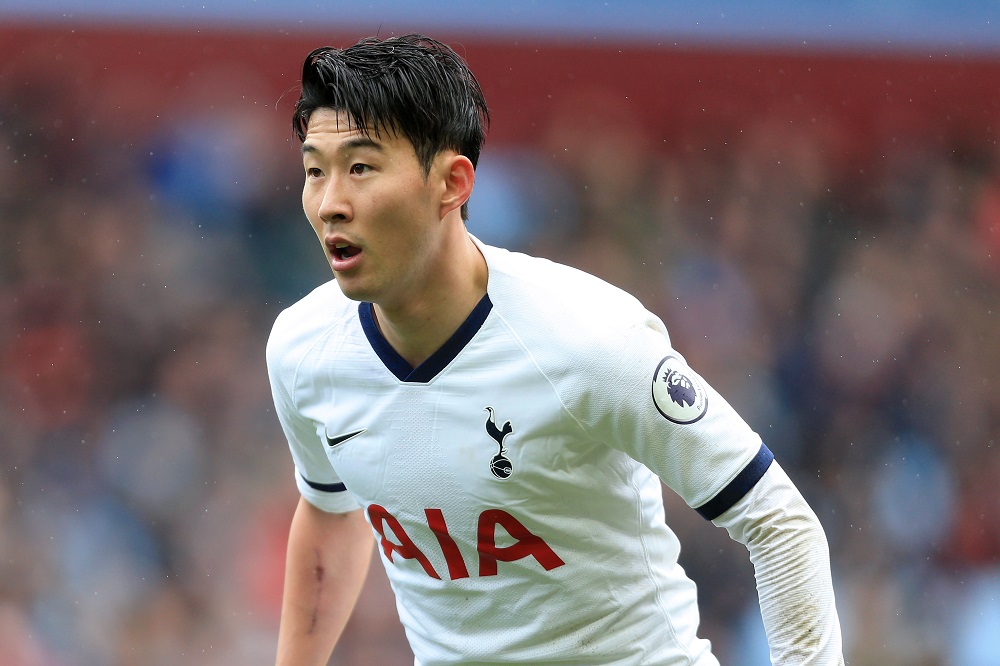 Son Heung-Min in the Premier League match between Aston Villa and Tottenham Hotspur, 2020 | (Photo by Simon Stacpoole/Offside/Offside via Getty Images)

PREMIER LEAGUE – The Premier League made a return, after a pause in play last weekend as a mark of respect following the death of Queen Elizabeth II.

As a tribute to Britain’s longest-reigning monarch matches were preceded with a minute’s silence followed by the National Anthem. The 70th minute of each fixture featured a minute’s applause in recognition of Queen Elizabeth’s 70-year reign. Our featured games saw wins for Manchester City and Tottenham Hotspur and Arsenal.

Manchester City swept aside 10-man Wolverhampton Wanderers at Molineux. There were only 55 seconds on the clock when Jack Grealish opened the scoring. Phil Foden released Kevin De Bruyne who crossed for Grealish to finish from close range.

City doubled their lead on 16 minutes through Erling Haaland. The Norwegian international received a pass from Bernardo Silva inside the Wolves half, turned, and advanced forward before driving home a low shot from outside the penalty area. Haaland now has an incredible return of 14 goals in 10 starts in all competitions and 11 in 7 league games.

An uphill task for the home side became even tougher on 33 minutes when a high and reckless challenge from Nathan Collins on Grealish earned the Wolves defender a straight red card. Wolves battled bravely with 10 men but lacked a cutting edge and it was no surprise when Foden added a third in the 69th minute.

Haaland was involved in the build-up, finding De Bruyne who played a low cross for Foden to flick home. While there are other sides who have started the season well, City have the look of champions about them once again.

A Son Heung-min hat-trick sealed victory for Tottenham and compounded Leicester’s worrying start to the campaign. The visitors had taken the lead on six minutes with a Youri Tielemans penalty, but two minutes later Harry Kane headed home the equaliser after City failed to react to a short corner.

Son, who has failed to score this season, came off the bench to curl a fine right-footed effort into the top corner on 73 minutes. He again bent the ball into the net from range, this time with his left foot, on 84 minutes before completing his hat-trick two minutes later.

The win preserved Tottenham’s unbeaten league record this season and took them level on points with Manchester City. Leicester remain bottom of the table having taken just one point from seven games.

Arsenal returned to the top of the table with a convincing win at Brentford. Central defender William Saliba headed in from Bukayo Saka’s corner to give the Gunners a 17th minute lead. Gabriel Jesus, a constant thorn in Brentford’s side, extended the lead on 28 minutes before Fabio Vieira drove home four minutes into the second half to complete the scoring.

In the closing minutes, with Arsenal coasting, Mikel Arteta sent on Ethan Nwaneri, who at 15 years and 181 days became the youngest ever Premier League player.

In the other Premier League matches this weekend there were wins for Aston Villa over Southampton and for Fulham away at Nottingham Forest on Friday evening. The only match to kick off at 3pm on Saturday saw Newcastle United held to a 1-1 draw by Bournemouth at St James’ Park, while the final game of the weekend saw Everton claim all three points against West Ham United.

Going into the first international break Arsenal lead the table by one point from Manchester City and Tottenham. Leicester are rooted to the bottom of the table with Nottingham Forest and West Ham making up the relegation zone.

The Premier League resumes on October 1 after the international break.

Get the absolute best in Sports Nutrition