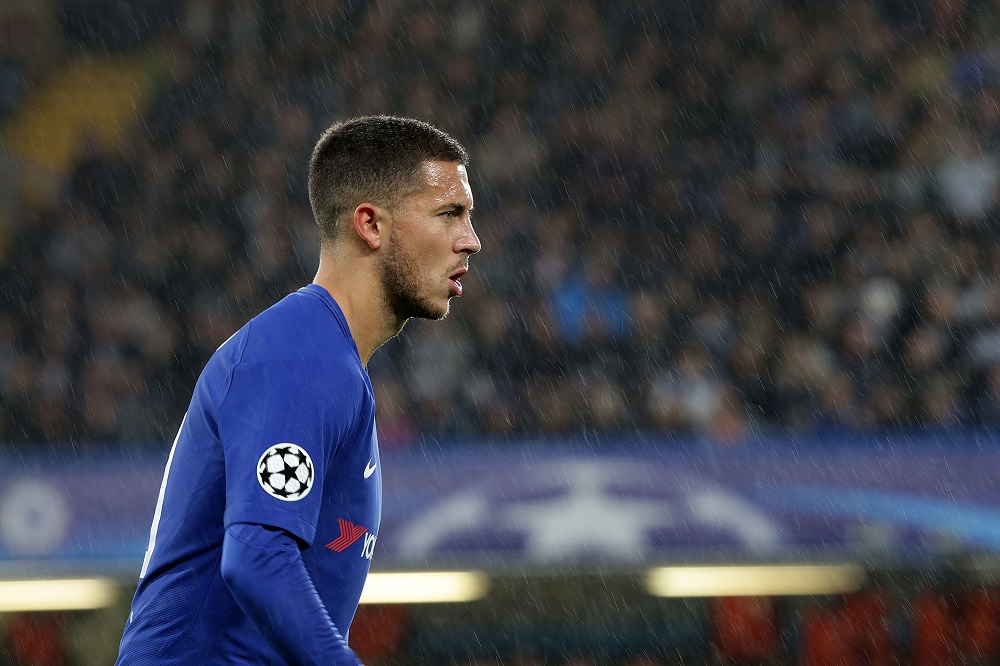 By Neil Leverett and Niall Clarke

PREMIER LEAGUE, UK – In a shortened program of just five games with the FA Cup quarter-finals, Everton host Chelsea in game of the week at Goodison Park

Niall: With the FA Cup working alongside the Premier League action this weekend, Chelsea have a chance to close in on their top four rivals when they face Everton at Goodison Park on Sunday. The Blues currently sit in sixth in the Premier League three points off fourth-placed Arsenal, however Maurizio Sarri’s men have a game in hand on their rivals and could move level on points with the Gunners if they overcome Everton.

The Toffees have had a more disappointing campaign than expected and currently sit outside the top ten, seven points behind their target seventh placed which is occupied by Wolverhampton Wanderers. After giving up a two goal lead at Newcastle, Marco Silva’s side have won only one of their last five games, increasing the pressure on the Portuguese manager.

The last two meetings between Chelsea and Everton have been rather dull affairs. They drew 0-0 at Stamford Bridge earlier in the season, and this fixture last campaign also finished goalless. The Toffees have not beaten their opponents since 2016 and with the Blues’ form not looking stable they have a chance to change that on Sunday.

Goodison Park is not a good place to visit, but Everton have struggled under Silva to find the right balance this season. It will be a tight game, but neither side fill me with enough confidence to pick a winner.

Neil: Though seemingly clear of any danger of the bottom three, last weekend’s loss after being 2-0 up saw Everton’s recent record go to just one win in five and now just nine points away from the relegation zone. The thought of home comforts then will be sweet for the Toffees, given hard-earned point against city rivals Liverpool earlier this month, but equally knowing they are without a win at home in over a month.

Chelsea’s season continues to zigzag erratically and after salvaging a point against Wolves last weekend, the Blues thrashed Dynamo Kyiv to reach the UEFA Europa League last eight – where they will face Slavia Prague.

Eden Hazard‘s late goal at Stamford Bridge last Sunday may prove to be a watershed moment in their season for an ever dysfunctional visiting side, who could pull level on points with fourth-placed Arsenal with victory. Despite Everton’s relatively poor form, they remain a tough nut to crack on their day and will be keen on bringing Sarri’s men back down to earth with a bump.

That leveler feels a big moment in the race for the top four, and I don’t believe Chelsea will miss many steps between now and the end of the campaign. I agree with Niall this will be tight affair but can see three points returning to the capital.

Niall’s One to Watch: Burnley vs Leicester City (Saturday, 15:00)

A huge match – for the hosts at least – takes front and centre in my one to watch for gameweek 31 of the Premier League season. After three straight losses, Burnley sit precariously above the drop zone as they are only two points ahead of Cardiff in 18th. The defeats come after a great start to the year which seemingly pulled them away from the relegation battle, but in the Premier League three straight defeats can leave you in deep trouble.

Sean Dyche’s men will look for a return to winning ways and to put some distance between themselves and the relegation zone on Saturday, but they must get through a Leicester side managed by Brendan Rodgers. The Welshman made a winning return to the Premier League when the Foxes beat Fulham 3-1 at the King Power and he will look to make it two when his side travels to Turf Moor.

Rodgers has certainly brought a more crowd pleasing and attacking style to Leicester and that will make this match a clash in styles. Burnley are defensive and very direct and it will be interesting to see how they match-up on Saturday.

Turf Moor is a tough away trip and whilst Burnley’s form from last season has not carried over to this campaign, they are still a difficult side to beat. This is a tough game to call as any result is possible, but like with the Everton vs Chelsea game, I think the honours may be shared.

It is already looking like the Cottagers are drinking in the Premier League last chance saloon, and this weekend at least the punters may not be filling the bar as Fulham host Liverpool.

Though the hosts put up a decent fight at Leicester last time out, their age-old problem of conceding goals again came home to roost, as the Foxes eased home via a Jamie Vardy double. Signs of progress are there again under Scott Parker, but just like his predecessor Claudio Ranieri, time is running out rapidly down by the river.

Liverpool put in a superb effort to knock out an in-form Bayern Munich in midweek, but now juggling responsibilities on both league and European fronts may prove to be a stumbling block for the Reds. Sadio Mane‘s upturn in form has been a vital part of the Merseysiders’ second-wind and the Senegalese will again be eyeing adding to his tally.

The visitors will most definitely be on a high, but might we see hangover of sorts in west London? Fulham will be there to exploit that and whilst I can see them nicking a goal or two, the Reds are now bent of going toe-to-toe with Manchester City. That should see them home here.