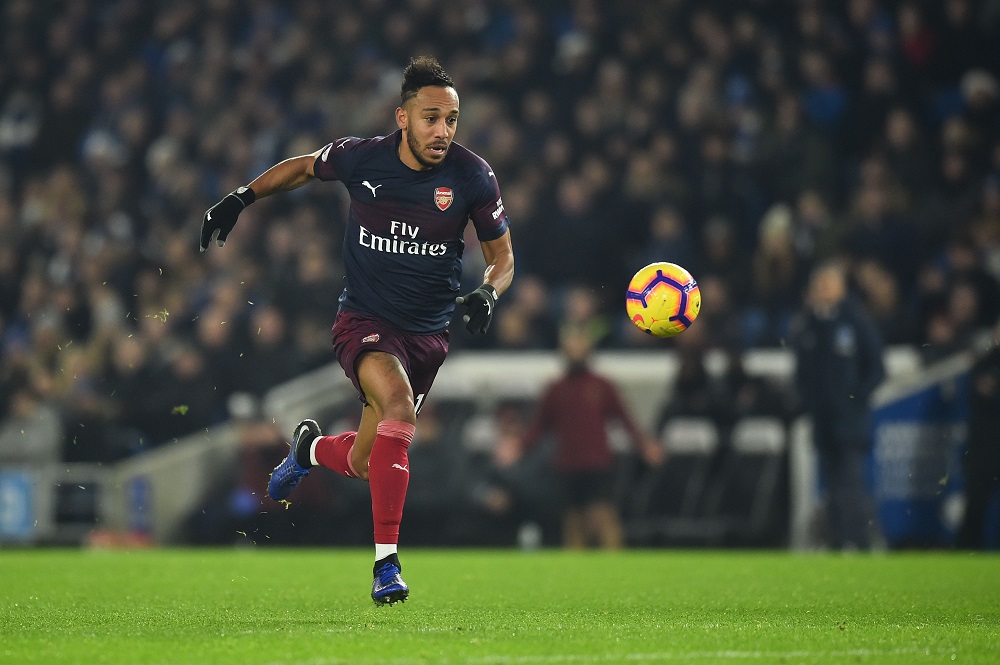 By Neil Leverett and Niall Clarke

PREMIER LEAGUE, UK – It’s derby weekend in the English top flight, as Tottenham Hotspur and Arsenal meet in the north London derby in game of the week.

Game of the week: Tottenham Hotspur vs Arsenal (Saturday, 12:30)

Niall: Back-to-back defeats have left Tottenham Hotspur in a vulnerable place heading into Saturday’s north London derby, and that means Spurs are in need of a win when they welcome Arsenal to Wembley. It was only a week ago that the Lilywhites were being talked of as potential title challengers, but defeats to Burnley and Chelsea mean they are likely too far off Liverpool and Manchester City to challenge them.

Arsenal moved to within four points of their rivals after thrashing Bournemouth in mid-week and they will go into this fixture wanting to pile more misery on Mauricio Pochettino and his side. The Gunners got the better of their meeting at The Emirates and a repeat result will move them to within a point, dragging Tottenham to the top four battle.

A defeat to Chelsea at Stamford Bridge is not something to hold against Spurs, but the manner of the performance was worrying. They looked toothless and barely tested the Chelsea defence. They will need to be more ruthless going forward if they are to beat Arsenal who are high on confidence after three-straight wins.

Home advantage will give Tottenham a boost in confidence after a tough road trip, and their record against the Gunners in front of their home fans reads six wins, two draws and one defeat since 2010. The stats suggest this should be an improved performance from Tottenham, and they will need it to put some distance between themselves and the top four dog fight.

Neil: Having firmly had their title-aspirational bubble burst after successive league defeats, derby day in north London is vital for Spurs for not only bragging rights, but to keep their fierce rivals at arms-length in the top four battle.

If defeat to the Clarets was a surprise, their rather laboured showing against Chelsea was quite alarming for Spurs fans, ahead of whats feel like yet another pivotal meeting of north London foes.

Almost conversely after a number of concerning performances in attack, Arsenal have found their spring with aplomb as both Mesut Ozil and Henrikh Mkhitaryan have hit form in the last fortnight. Whilst netting seven goals in their last two league games has been more than encouraging for this weekend’s visitors however, their task on Saturday is that much steeper – despite Spurs’ poor form.

Games between these two rarely disappoint and surely the case will be no different here. On any other occasion I would firmly back the Lilywhites to get the job done, but with Harry Kane still to get back to his best after injury I just get the feeling the result might be different here. Kane may indeed find the net as he does perennially against the Gunners, but I am going to stick my neck and go for Unai Emery to do the Premier League double over Tottenham.

Niall’s one to watch: AFC Bournemouth vs Manchester City (Saturday, 15:00)

Manchester City face a difficult away trip to AFC Bournemouth in what could turn out to be a crucial weekend in the title race in my one to watch.

After Arsenal’s thrashing of the Cherries in midweek, one would be forgiven in thinking that Manchester City could repeat the same result, but without Fernandinho and Aymeric Laporte the Citizens’ defensive options are far more limited.

Bournemouth are a side that can cause a lot of issues on their day and at home they can be formidable force. They are unbeaten in their last five at the Vitality Stadium including a 4-0 win over Chelsea. Their recent form is a concern though as that win was their last in all competitions. Eddie Howe’s men only picked up a solitary point in February whilst City went 100% in that period.

The Cherries’ record against top six opposition is not great too, losing nine of their last ten when facing the elite of the Premier League. It does not make for good reading and you would expect Manchester City to come away with the three points here. Over to you Liverpool

The Merseyside derby picks itself as my own to watch this week, with Liverpool having seemingly hit something of a second wind after their 5-0 hammering of Watford in midweek.

As the Reds dominated our team of the week last time out – almost wholly monopolizing the back four – even the likes of Sadio Mane – who notched a brace himself against the Hornets – were outshone, as the likes of Mohamed Salah for once took a back seat.

Everton themselves come into this after a convincing win against against relegation threatened Cardiff City on Tuesday evening, as Gylfi Sigurdsson hit a brace to put the Icelandic maestro back in form, critically ahead of the visit of the champions elect.

This might just be a lot tighter than many expect, but it should still be a passionate and raucous affair. Like Niall, I get the feeling this could be a massive moment in the title race this weekend, and if City drop points on the south coast, Jurgen Klopp‘s men could be back in the box seat come Sunday evening.