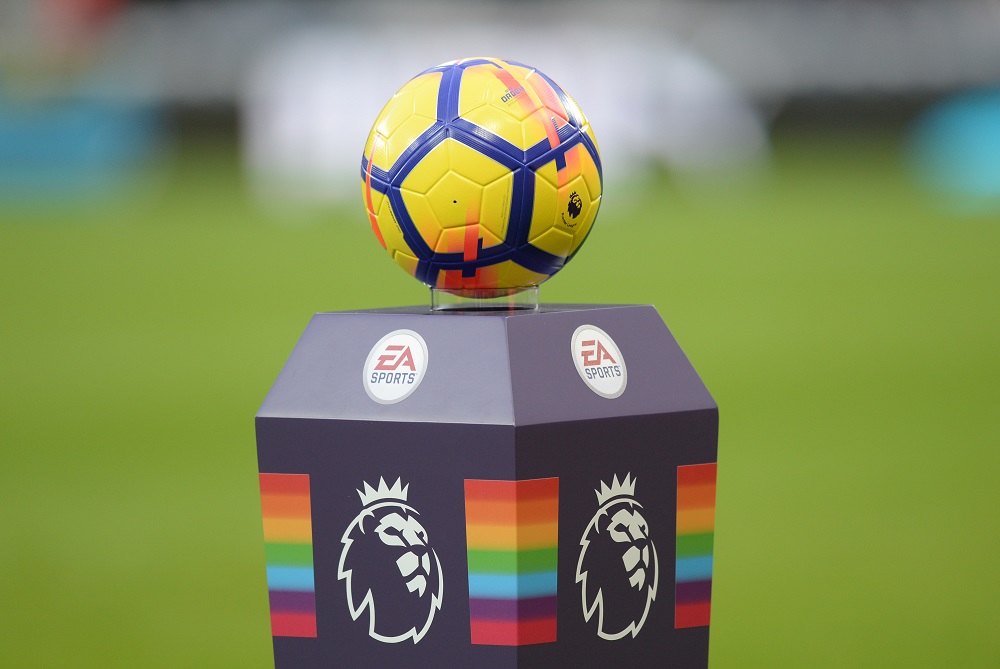 Photo by Richard Lee/BPI/REX/Shutterstock | A Premier League match ball on a rainbow plinth, 2017

As Europe enters its’ third month of lockdown during the on-going battle with coronavirus, the sporting appetites of fans across the continent wait to satiated, with a desperation for a sense of even slight normality to be returned to lives.

With stadiums and arenas the globe over remaining vacated, the coming week however could stand as pivotal in football’s attempts to get the show back on something resembling a rather fractured road.

Whilst plans continue full steam ahead for Korea’s K-League to begin this weekend – having been forced to wait from its’ scheduled February kick-off –  European fans have been left to palate the Belorussian Premier League’s rather underrated charms.

After Germany’s latest judgement that country’s top two tiers can begin hostilities once more and safely, the government may now be acutely aware that their call may not affect just their own borders, but the landscape of football across Europe in the immediate future.

Quite plainly, the road back to sporting normality is paved with many an obstacle, and after last Thursday’s initial decision between Germany’s footballing body and the government was delayed until May 6, hopes of tentative plans to kick-start the campaign looked to be in serious doubt.

There appeared still much convincing to do for chancellor Angela Merkel to give the okay for play sometime this month, and this past Saturday’s news of three FC Koln players testing positive for COVID-19, would have been a sizeable spanner in the works for any resumption of play this month.

As the Guardian reports, the three infected are now in quarantine for 14 days, whilst the rest of the team will continue to train in groups with the team sitting in tenth spot in the Bundesliga still gearing up to kick-start their season if given the green light.

Said green light remains a shade of distinct amber still however, and given the German government’s initial call to delay giving approval until after the weekend, the news of the first outbreak within their own domestic leagues may have prompted a rethink.

Not least with a further eight players now testing positive for the virus as of Tuesday, Hertha Berlin’s Salamon Kalou was then suspended for wrecklessly flaunting social distancing guidelines, with the former Chelsea man stymying plans to resume a week on Friday.

Despite this however – and in the light of prior indications that the Bundesliga would require all teams to undergo 14 days of self-isolation before resuming -chancellor Merkel has given the go-ahead without such caveats for a permitted restart later this month, as per BBC Sport.

After the Dutch Eredivisie become the second European league to officially cancel its’ season two weeks ago, there remained a sense of limbo in the wait for the first move by one of the continent’s top five leagues to make a definitive stand.

Sure enough, Ligue 1 obliged last Friday as Emmanuel Macron extended the ban of all sport in the country until September, prompting French football to close its’ doors until late summer.

Essentially freezing the standings from mid-March, Paris Saint-Germain claim their seventh consecutive league title, whilst also relegating Amiens and Toulouse – the latter dropping to the second tier for the first time since 2003.

Said precedents would have raised the eyebrow of runaway English top flight leaders Liverpool, who still retain a modest fear of being denied their first Premier League crown.

As it stands, should players be allowed to resume training before social distancing laws are relaxed in the UK, players will be tested twice a week for COVID-19 with further measures to screen for symptoms every day, as ‘Project Restart’ begins in earnest.

French football’s clear intent to control coronavirus as far as possible would have been heard with last week’s decree, but the Bundesliga’s plans rather fly in the face of Macron’s directive.

It only serves to confuse matters for the Premier League’s decision makers, who, while cautiously aware of the need to keep the pressure off the NHS as the country is declared the worst-hit nation in Europe in terms of fatalities due to COVID-19, the financial pressures are hovering nonetheless to cripple the game.

That makes Germany’s call in a time of global crisis all the more pivotal. Following Wednesday’s announcement, UK plans themselves for the Premier League will now seek a push in the right direction for a late May time-frame to begin training once more. Regardless, these decisions and others to be made in the coming days will lay the groundwork for league campaigns to yet come to a conclusion. One way, or the other.

Follow Britwatch Sports for the latest news during the on-going coronavirus pandemic.